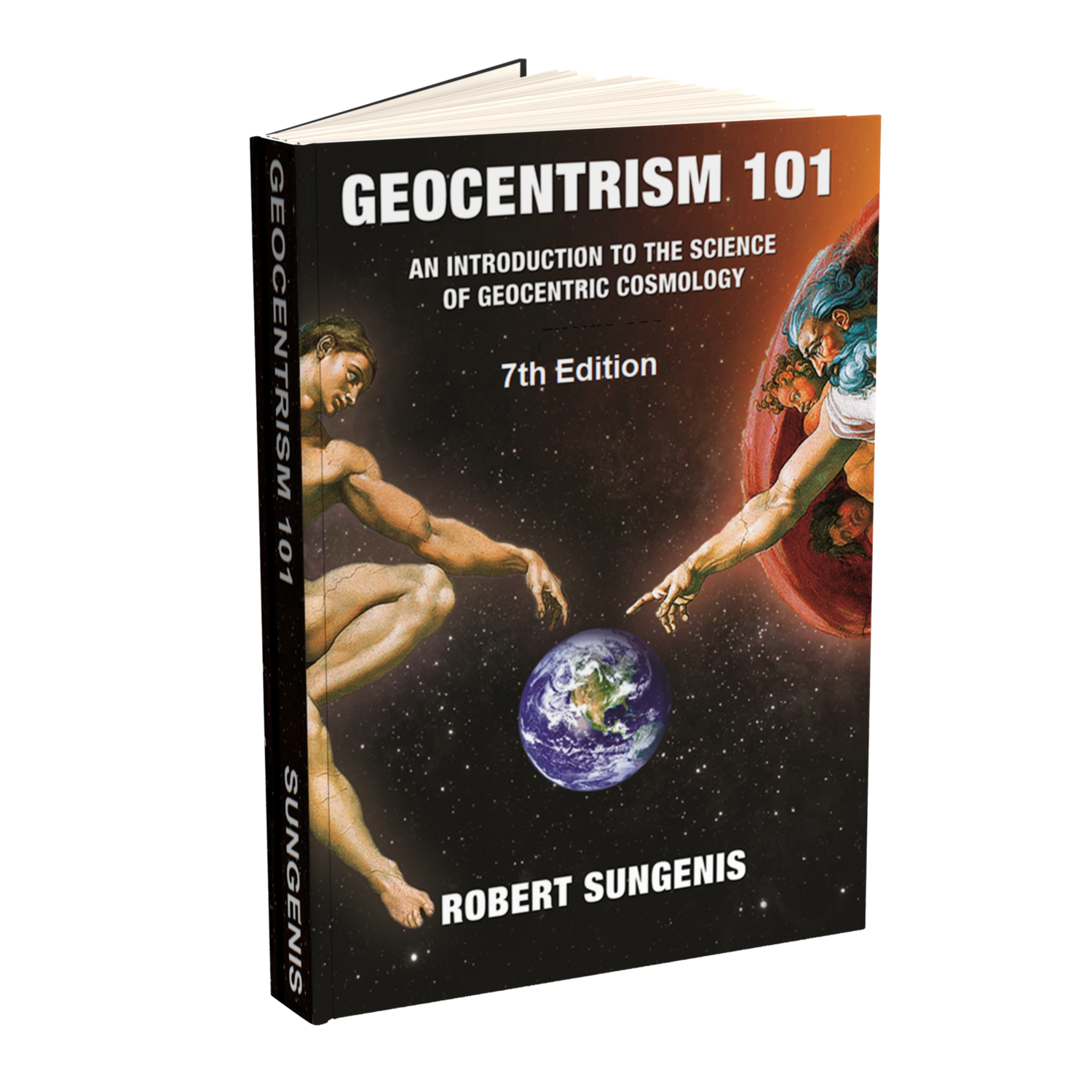 Geocentrism 101: An Introduction into the Science of Geocentric Cosmology - 7th Ed. (Paperback)

00340
$39.50
In stock
1
Product Details
How do you cram over five hundred years of science and history into a small book of just over 200 pages and not only make it easy to read but as understandable as Reader’s Digest? Well, that feat has been accomplished by author Robert Sungenis in an easy-to-carry paperback book on a 6 x 9 frame. Whereas his massive three volume set, Galileo Was Wrong: The Church Was Right, now in its 12th edition, is over 2400 pages long, the best and boldest of that famous set has been distilled down for you into less than one tenth the size.
The title is, Geocentrism 101: An Introduction into the Science of Geocentric Cosmology, and is hot off the presses from CAI Publishing, Inc.
We call it Geo 101, for short. Although the cover says that the book is “Recommended for High School, College and Adult,” in actuality it is for anyone who has had a hunger to know what all the fuss is about concerning modern heliocentric versus geocentric cosmology. And believe me, it is a real page-turner!
If you were ever reticent to read a book because there were too many words per page, or because it had a tiny eye-straining font and very few pictures and diagrams, well, never fear, Geo 101 is here! For its simplicity alone Geo 101 will become the “go-to” book for many years to come.
Whereas the average paperback novel has over 500 words per page, Geo 101 has an average of 200, and all of that is in a big 12-point font so that even your far-sighted grandfather or even the partially blind can read it!
As for pictures, believe it or not, there are 450 of them, which amounts to an average of two per page. Many of the pictures are photocopies of the pages of the books from which various quotes of famous scientists have been extracted, so that you, the reader, can see for yourself what the author actually said and the context in which he said it. Nobody will accuse you of taking things out-of-context!
As regards equations, there are only six, and only three are needed to be explained, which we do for you in simple language. If you can add 2 + 2 and get 4, you can understand our explanation of these equations.
Best of all, much of the mystery of cosmology is eliminated since you can also purchase, for $39.95, a flash drive containing 66 detailed animations depicting everything from the geocentric design of Stonehenge to stellar parallax to the astounding alignments of the cosmic microwave radiation with our Earth. These animations are a product of five years of hard labor. There are simply no better cosmological animations available in the world today.
Additionally, the flash drive contains one of the most sophisticated stellariums available. This will allow you to see the starry cosmos, complete with constellations and planetary movements, from an Earth-based viewpoint.
The flash drive also contains a PDF version of the book, which has the full-color images of the 450 pictures in Geocentrism 101, as well as PDFs of all our books on geocentrism, all our videos on geocentrism, and our two songs from The Principle.
The book also contains photocopies of the actual hand-written letters from famous scientists such as Albert Michelson, Hendrik Lorentz, and George Fitzgerald, which we obtained after many hours of search in the microfiche files at the Niels Bohr Library in College Park, Maryland.
We also have a rare photograph of Georges Sagnac that we obtained from the Bibliothèque Ulm Lettres et Sciences in France. This is a significant find since there are no pictures of Sagnac on the Internet. In case you are interested, Georges Sagnac did the famous 1913 experiment that was understood to have demonstrated the existence of ether and thus became a disproof of the theory of Special Relativity. (No wonder Einstein never mentions Sagnac’s experiment in any of his papers! You will find out why in our book).
This book is an excellent resource for that personal someone you’ve been trying to educate to geocentric cosmology but who would never pick up a huge book to read.

It is an excellent resource for all homeschooling families.
It is an excellent resource for all high school and college curriculums who want their students to at least know what the alternative positions are in modern cosmology and astronomy, and they will especially want to learn that the Big Bang theory is just about to collapse.
Of course, many who read Geo 101 will want to advance to the bigger volumes in the GWW series, but that is only for those who want the nitty-gritty details and won’t be satisfied with anything less.
All in all, Geo 101 will make an excellent addition to your library, and not to mention, it will make a nice Christmas gift for that inquisitive person among your family or friends. J

As you will see in the movie, the downfall of the Copernican Principle is upon us and it is just a matter of time before the whole sandcastle comes tumbling down.

Controversial? You bet, but that is precisely what this world needs right now – a major shakeup of its ideological moorings.
Thank you for your interest!
November 2019
Save this product for later
Display prices in: USD
bottom of page